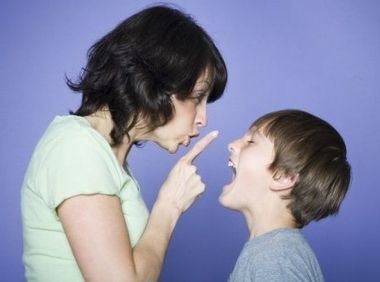 My nephew, he was born with congenital amputation which means he was born without his lower arm and for him, grade school has been difficult at times. Many of the children in his class have not had many interactions with a person who has this body type difference.  Many of the comments my nephew describes to his mother entail children asking or assuming that he had an accident. When he tells the children in his class he was born this way, they ask the hardest questions that even my nephew grapples with personally/internally, why was he born this way? His mother (my sister-in-law) has complained to me that many children in his class have made inappropriate and hurtful comments. She also stated that my nephew’s teacher does not know how to address this issue in the classroom. Despite my sister-in-law stepping in to provide his teacher with educational stories and books to help children have positive conversations about varying abilities in the class, my nephew continued to come home on many occasions hurt over the words that his classmates expressed about his partial arm.

The teacher has admitted to my sister-in-law that she has talked to the children who have been having making my nephew feel hurt or sad and has told them that their comments are “hurtful”. However, nothing else was being taught to address this issue in my nephews class. After speaking to my nephew, he actually professes that he is tired of being asked what happened to his arm and also he sometimes doesn’t really have an answer for some of the questions that his classmates have about his arm.

One misconception people make about children with varies abilities is that they have the tools and words to be able to explain and talk to others about it without reservation and without difficulty (Derman-Sparks & Edwards, 2010). Children with varied abilities need to be able to learn how to talk about their disability as well as deal with the emotional feelings they feel when asked about their varied ability. Derman-Sparks & Edwards (2010), states that many children with varied abilities are in need of informational words and social-emotional support when addressing questions from their peers. In addition, children with varied abilities need to know what to say when children ask them about their disability. In the case of my nephew, he was only taught to tell his peers that he was born that way. However, once those words are said by him, the conversational questions that follow overwhelm him and he begins to get frustrated or visibly upset. For educators, it is important to speak to parents of a child with varying abilities to find out what they prefer for you to discuss with the class and the child about it (Derman-Sparks & Edwards, 2010).

People with varying abilities experience stereotypes such as they are weaker than others, they can be a liability, or even that their disability is not part of societal norms (Titchkosky, 2009). Many times, when children who have varying abilities are treated inequitably and with much prejudice, they begin to reject their self-identity and begin to live a suppressed identity that causes psycho-emotional stress that leads to self-hate (Schwarts, 2009).

According to Regina Chavez (Laureate Education, 2011), if educators ignore the stereotypes and prejudice issues that arise in the classroom, they are doing their children a disservice. Educators must immediately respond to these situations in a calm manner ensuring that the child who has been hurt is consoled and given the message that they have not done anything wrong to hear such hurtful words (Derman-Sparks & Edwards, 2010). On the other hand, the child who just expressed these stereotypes and hurtful words should also be given care and warmth, not scolded. Instead, explain to the rejecting child that their behavior is the problem, not them. Asking them questions about the child with varied abilities can help educators figure out what the motivation is behind the child’s thought process which can guide them to a better way to thinking (Derman-Sparks & Edwards, 2010).